The  maiden visit of  the NEPZA’s Managing Director on Thursday to the first airport free trade zone, NFZ was  welcome.

As this was good opportunity for him & his team to interact with the management of the zone.

At NFZ, the NEPZA MD remarked that the NEPZA’s goal was to create an enabling environment and to encourage Foreign Direct Investments.

He also commended  NAHCO, apart from being one of the big two ground handlers in Nigeria for being involved in the free trade zone project.

As a result of this, he believed that the project will further boost the economy of Nigeria in the future. 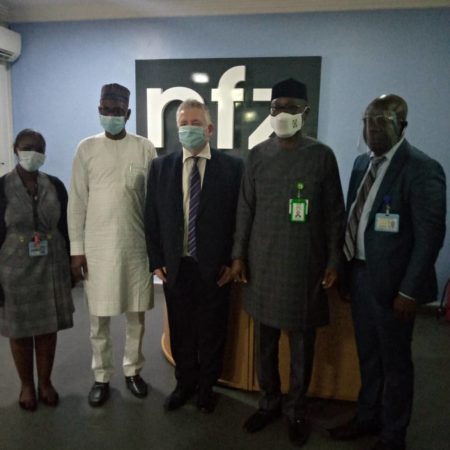 The NFZ MD, Philip Wetherall and his management team took the NEPZA team through the operations of the zone.

In addition, a short video on the phase 2 land development which is part of the zone’s expansion plan was viewed by all.

Some of the challenges being faced by NFZ in her current operating environment were highlighted to the NEPZA team.

Prof. Adesoji Adesugba, NEPZA’s MD noted them and he promised to look into them.

The NEPZA MD also remarked that infrastructure was very key to the growth and operations of the free trade zones.

He mentioned that what he had seen was heart-warming and the Agency would lend their support going forward.

NEPZA will continue to engage with her sister agencies like the Federal Airports Authority of Nigeria (FAAN), Nigerian Customs etc.

In order to allow for the  continued support  of the Free Trade Zone concept.

Prof.Adesoji Adesugba stated that his Agency will continue to support and work with the stakeholders.

And most importantly to promote the concept of the free trade zone to relevant target public.

In conclusion, he mentioned that a meeting with the stakeholders of the free trade zones will be held quarterly.

After all, the idea was to deepen collaboration and partnerships in a bid to continuously move free trade zones forward. 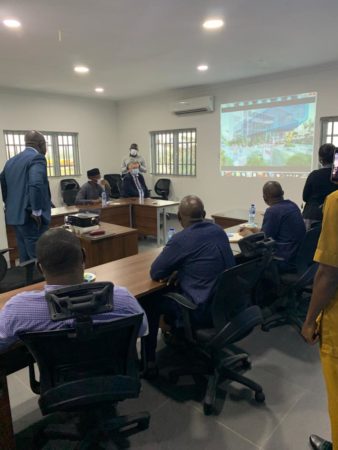 The CFO showing part of the Phase 2 development. 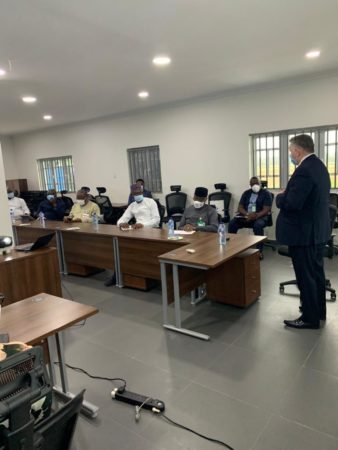 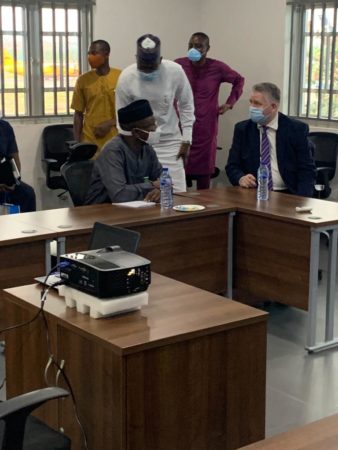 Prof. Adesoji Adesugba (on the left hand side, NEPZA MD) having a chat with Philip Wetherall (NFZ MD)